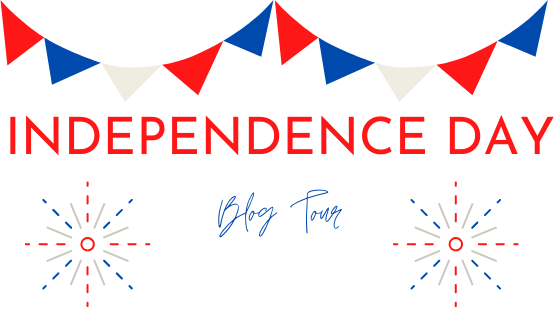 Hey daydreamers! Today’s post is going to be extra special. Mary Elizabeth came up with the idea for a fun 4th of July blog tour to celebrate our independence throughout the blogosphere! Her, Diamond & I are hosting the blog tour, and this is my post for it!

I have a kind of sad update for you guys – on Sunday, just a few hours before we were supposed to leave for camp, I found out that two counselors tested positive for COVID-19, and they had to cancel last week’s session – the week I was supposed to go. It was super hard to hear that, but we tried to make the best of our time in San Antonio and got to visit some family and friends! We rescheduled for session 8, which is on July 19th, and I’m hoping and praying they won’t cancel it and I’ll get to go! It was a super bummer at first, and I’ve got to restart the 14-day quarantine and prep/pack all over again. More staff got it, so they canceled this week too, and I really hope session 8 won’t get cancled! I have cheer camp this week (yay!) some fun posts planned, and a special surprise for Diary of a Daydreamer’s birthday, so stay tuned for that!

For the tour, I decided to make a post about all the things I love about Texas, which, I admit, was a pretty daunting task at first. I mean, Texas is 268,597 square miles (a couple thousand square miles bigger than France) and is home to 29 million people – how am I supposed to represent all of that in one post?! I tried my best to make a list of the things I love about living in the Lone Star State, plus some cool fun facts and, of course, Independence Day stuff too. So let’s get straight into it! Some of the photos are mine, and others are from Pinterest.

It’s sooooo big. Like I said earlier, Texas takes up a whopping 268,597 square miles out of the United States! And because it’s so big, it’s incredibly diverse too. If you paid attention in fourth grade Texas history (lol), there’s the Great Plains region, the Central Plains region, the Coastal Plains region (where I live!), and the Mountains and Basins region. There are huge cities, like Houston, Fort Worth, Dallas, Austin, and San Antonio, suburban cities, and small country towns. There’s the hill country, plains, and coast! Plus, it takes about 14 hours to drive straight across.

The Gulf of Mexico! Okay, the Gulf of Mexico isn’t the prettiest of beaches in real life, (This pic makes it look stunning though!) but it’s super fun to drive down to Galveston or Corpus Christi and spend a day at the beach.

The lakes. Did you know that there’s only one natural lake in Texas? We have a bunch of super cool man-made lakes though! I just went to Lake Travis and spent a night there in Austin with some friends, and it was soooo beautiful – the water is crystal clear, and it’s so fun to jump off the dock and jet ski there. I’ve also been to Canyon Lake and Lake Medina, and they’re all amazing!

AGGIES! Gig ’em! Texas A&M University is the BEST! We also have UT (hissss) the University of Houston, and a bunch more, but TAMU is the best! (Okay, I’m super biased, haha)

Our history. We have a super cool and rich history- after Spanish explorers discovered Texas, we became apart of Mexico! When we didn’t like how Mexico was governing us, we revoluted against them and went to war (including the famous Battle of the Alamo), and became our own country (the Republic of Texas) for 9 years until we became apart of the United States. Cool, right?

Our flag! The Texas flag is super pretty, and the one-star gives us the nickname “the Lone Star State”.

Our fun expressions! Where I’m from, most of us don’t have southern accents (some of us do talk with a slight country tone though) but it’s super common to hear someone say “Y’all” and “Fixin’!” If you’ve read any of my other posts, you know I say “y’all” all the time (also “y’all’s and y’all’ve XD)

Whataburger, Dr. Pepper, Tex Mex, BBQ, H-E-B, and Buc-ee’s. What do all of these things have in common? They either originated in Texas, or you’ll only find them there!

It’s so vastly different in so many different places. Like I said earlier, we’re big enough to have several different regions, and each one is different! From the rolling hill country to the flat plains to the cities to the small towns to the seaside!

and that’s what I love about Texas!

I hope that wasn’t too boring, I tried to make each fact as interesting as I could and I hope you enjoyed hearing a little bit about my state! Now I want to hear something about YOUR state – let me know in the comments where you’re from (if you’re allowed to say, if not, tell me your favorite state! Mine is Colorado!) and some things you love about it!

I hope everyone has a great 4th of July – go outside, have a picnic, and enjoy those fireworks (if you live in the US)! Sorry about the shorter post today, but I wanted to give myself a quick break from writing super long posts before I jump back into making normal ones after what was supposed to be camp week, but ended up being a mini-vacation 😉. Have a happy Independence Day, and don’t forget to check out the rest of the tour using the links below!

34 thoughts on “Independence Day Blog Tour Celebration Collab: What I ❤ About My State”

Hey there! I’m Hannah, the daydreamer behind this blog and a Christian teen who loves helping others find positivity in their life. If I’m not at the dance studio, which isn’t very often, I’m probably doing homework, practicing guitar, watching Gilmore Girls or reading. Thanks for stopping by!

Join 516 other subscribers
Follow Diary of a Daydreamer on WordPress.com